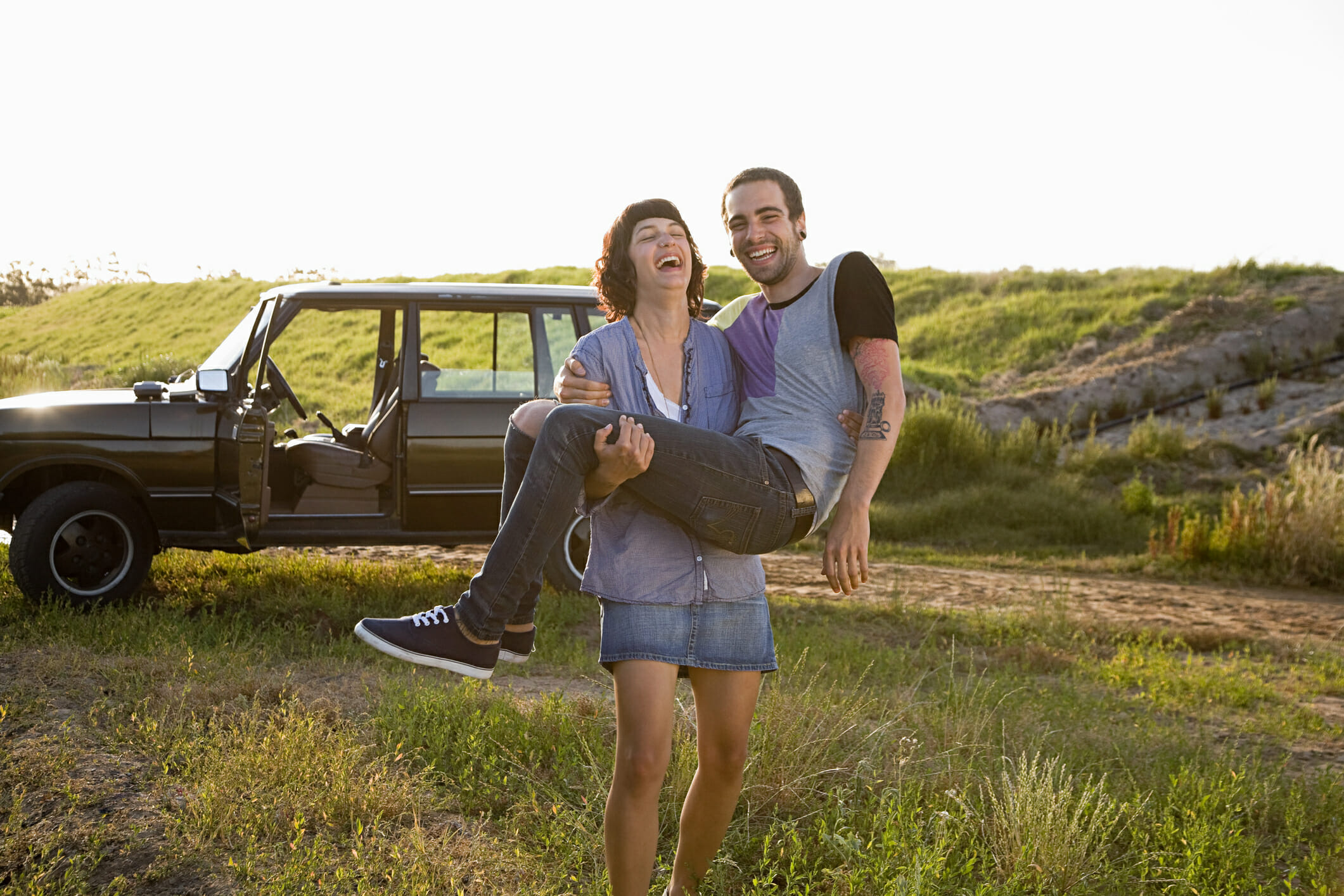 Few things in life are more rewarding than saying “I do” with the love of your life and then taking off on a romantic trip for two. Of course, it can be even more rewarding if you use credit card rewards to help cover your honeymoon expenses.

Paying for a honeymoon with credit card rewards takes some planning, strategy and teamwork, but the rewards are sweet — launching married life with little or no debt. Rewards can let you take a honeymoon for free or to take a much longer trip than you’d otherwise be able to afford. (One couple we’re highlighting here honeymooned for a year!)

Below are the stories of four couples who paid for part or all of their honeymoons with credit card rewards. They share their tips on how you (and your honey) can do it.

How they earned the points: Bagby, a digital marketer who runs the blog HoneymoonAlways.com, had been interested in credit card bonuses for a while. But as a single guy, he didn’t routinely spend enough to meet the minimum spending requirements needed to collect points. Burnett, a product manager for a natural foods store, loved the idea but didn’t know much about rewards cards at the time, according to Bagby.

The couple’s 2015 wedding in Utah changed all that.

Even though Michelle’s parents were footing most of the bill, there were plenty of wedding expenses the couple decided to put on credit cards. Six months before the honeymoon, Bagby signed up for two Chase credit cards, Chase Sapphire Preferred and Chase Sapphire Reserve, which the couple used to pay the photographer, buy his suit, and travel to Utah to prepare for the big day. They got a 50,000-point welcome bonus for each card, plus additional points for their spending on an ongoing basis.

They used the Chase Ultimate Rewards portal to book their honeymoon flights and hotel stays. “I may not be the best at spending with points, but it seems just getting the sign-up bonuses gets you most of the way there,” Bagby says.

Honeymoon payoff: The couple split their eight day January honeymoon between the rainforest and beaches of Costa Rica. Highlights of their trip included oceanside massages and rainforest ziplining.

“They didn’t tell us what to expect, they just sent us down the zipline,” Bagby says. “Once we got through the trees, we were suddenly in a valley with a waterfall and horses galloping below. It was an amazing experience.”

They also spotted howler monkeys while relaxing on the beach. “We had a great time,” he says.

Tips for other couples: If you’re new to rewards, just dive in.

“One thing that held me back from getting started was imposter syndrome,” Bagby says. “I see all these people on the internet who really maximize their points, and it can be overwhelming.”

So just pick a card with a great sign-up bonus, make sure you can meet the minimum spending requirement to earn the bonus and pay it off, then apply for the card. “It’s OK if you don’t do everything perfectly,” Bagby says.

How they earned the points: As a points and miles pro, Terry, founder of the points blog Everyday Points & Miles, offered to take charge of financing the honeymoon with rewards. Franklin, a student who also works in healthcare research, focused on planning the wedding.

“The best part is that we accumulated our points through everyday spending,” Terry says. “Neither my fiancée nor I travel for work, so all of the points we have are through spending on certain credit cards.”

Terry concentrated on buying everything from groceries to meals out to gas on his Chase credit cards, Chase Sapphire Reserve card, Chase Freedom Unlimited card, Chase Freedom card. They earn Ultimate Rewards that are easy to redeem through the Chase travel portal (1.5 cents per point) or through 13 transfer partners, he says.

By taking advantage of rotating categories that offered 5 points per dollar, he was able to turn purchases like a $100 trip to the grocery store into 500 points. He also opened an American Express Delta card when the welcome offer was 70,000 points, which helped him amass Delta Skymiles that he used to buy their airfare.

Honeymoon payoff: Terry and Franklin, who live in Seattle, got married in their hometown of Atlanta in July 2019 and then took a short, luxurious (and practically free) honeymoon.

They traveled to Jamaica nonstop from Atlanta, seated in the Delta Comfort+ section, and stayed at the Hyatt Zilara Rose Hall for five days and four nights. The all-inclusive resort on Montego Bay features a swim-up bar, oceanfront restaurants, infinity pools, and oceanfront fire pits. The newlyweds soaked in the Caribbean sun, read books on the beach, and ate good food.

The trip was practically free, since their only out-of-pocket cost was $271 for airline taxes and fees, plus the ride between the airport and the hotel.

Tips for other couples: Take advantage of referral bonuses that let you refer a friend or family member for extra points. For example, Terry earned 5,000 to 10,000 points a pop for referring his fiancée when she was applying for cards.

Keep in mind that some wedding vendors might charge a fee to accept your credit card, so crunch the numbers to see whether it makes sense in the end.

For example, the restaurant Terry and Franklin picked to cater their wedding charged a 3% fee to pay with a credit card. Their final catering bill was about $14,000, making the fee around $420. But Terry has the Amex Gold card, so he earns 4 points per dollar at U.S. restaurants, which came out to 56,000 points for the catering bill. That means he paid less than a penny (0.007 cents) per point, or about half of what he estimates an American Express Membership Reward point is worth.

“Sometimes it makes sense to pay a fee,” he says.

Couple No. 3: Lia and Jeremy Garcia

Honeymoon destination: Trip around the world

How they earned the points: When she graduated from college and got her first job, Lia would sign up for new cards frequently to score welcome bonuses and reap the ongoing rewards. Because Jeremy had shaky credit when they met, she did all the couple’s spending on her cards, and he paid her back with a cash transfer.

Because their honeymoon lasted so long and covered so much ground, they paid for it with a combo of credit card rewards, savings, and travel deals.

Honeymoon payoff: Lia and Jeremy, who now live in the San Francisco Bay Area, decided to go big with a yearlong honeymoon that took them around the world and ended in the summer of 2017. They visited 15 countries, using rewards to buy many of their flights before they left. They went whitewater rafting in Mendoza, Argentin, cliff diving in Tulum, Mexico, and snorkeling in the Galapagos Islands.

In the Galapagos Islands, off the coast of Ecuador, they also checked a slew of wildlife off their “bucket list” when they spotted black marine iguanas, tropical island penguins, and blue-footed boobies, birds named for their electric-blue feet. The time there was “magical,” Lia Garcia says.

On the European leg of their trip, they got a taste of Belgium, where they savored chocolate and waffles, and sipped beer brewed by Trappist monks.

Tips for other couples: If you’re juggling a bunch of credit cards, such as the Chase Sapphire Preferred, it’s important to stay organized. Lia keeps track of cards on a spreadsheet and labels each one so she and her husband know which card to pull out for which purchase.

For example, if you have a card that offers extra points for dining out, make sure you use that one to pay for the rehearsal dinner.

“I taped little notes onto each card so neither of us ever forgets which card to use for what category,” Lia says.

Couple No. 4: Rachel and Nick Bacci

How they earned the points: Rachel, a marketing manager, and Nick, a freelance project manager, met as college students in Florence, Italy, and now blog at SolMatesTravel.com. About a year and a half before their 2018 wedding in Hudson Valley, New York, they chose to plan an extended honeymoon on rewards.

“We decided we were going to start gathering points with the specific intention of traveling for as long as we could,” Rachel says.

They racked up points through everyday spending and by putting as many wedding expenses as possible on their cards, mainly the Chase Sapphire Preferred and Chase Sapphire Reserve. They charged the wedding venue, fees for the photographer and the band, and wedding decor purchased online. “Everything except our rent went on the cards,” Rachel says.

Honeymoon payoff: Early in their trip, the Baccis spent a month volunteering in a town on the southeast coast of Costa Rica at a soup kitchen called El Puente. The soup kitchen serves families from the indigenous BriBri tribe who often live on under $2 a day, Rachel says.

“It was such an impactful experience for us,” she says, “and we learned a ton about the roots of Costa Rican culture that we would not have by taking any tour.”

The Baccis recently landed in Colombia, and they plan to go to Argentina and Chile and then head to southern Italy for a friend’s wedding. “From there, we’ll probably go to Spain, then France, then who knows where?” Rachel says.

Tips for other couples: If you’re short on rewards or want to enjoy an especially long honeymoon like the Baccis are doing, take advantage of your wedding registry to fill in the gaps. Instead of heading to a home goods store to pick out bath towels, silverware, and sheets for your registry, ask for the gift of travel.

For example, the Baccis registered for gift cards from Airbnb and Delta for wedding gifts. “We wanted experiences instead of tons of items,” Rachel says.

The takeaway from all these couples? Taking a little time to understand and plan out credit card rewards can result in a longer honeymoon for less. Sounds perfect to us. 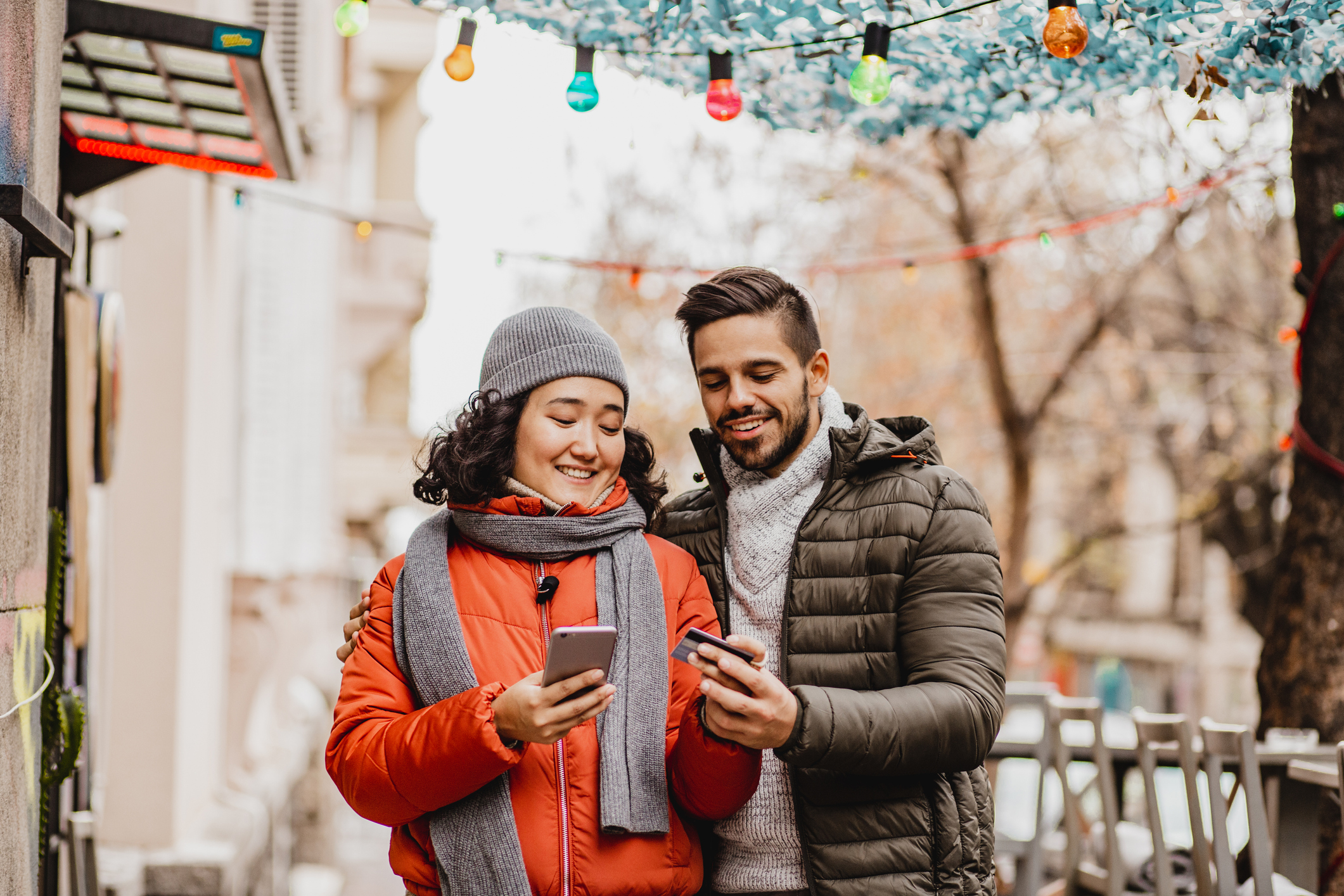 Holiday Spending Report: How to Financially Navigate the Most Wonderful (and Expensive!) Time of the Year

How Do I Dispute a Charge on My Credit Card? 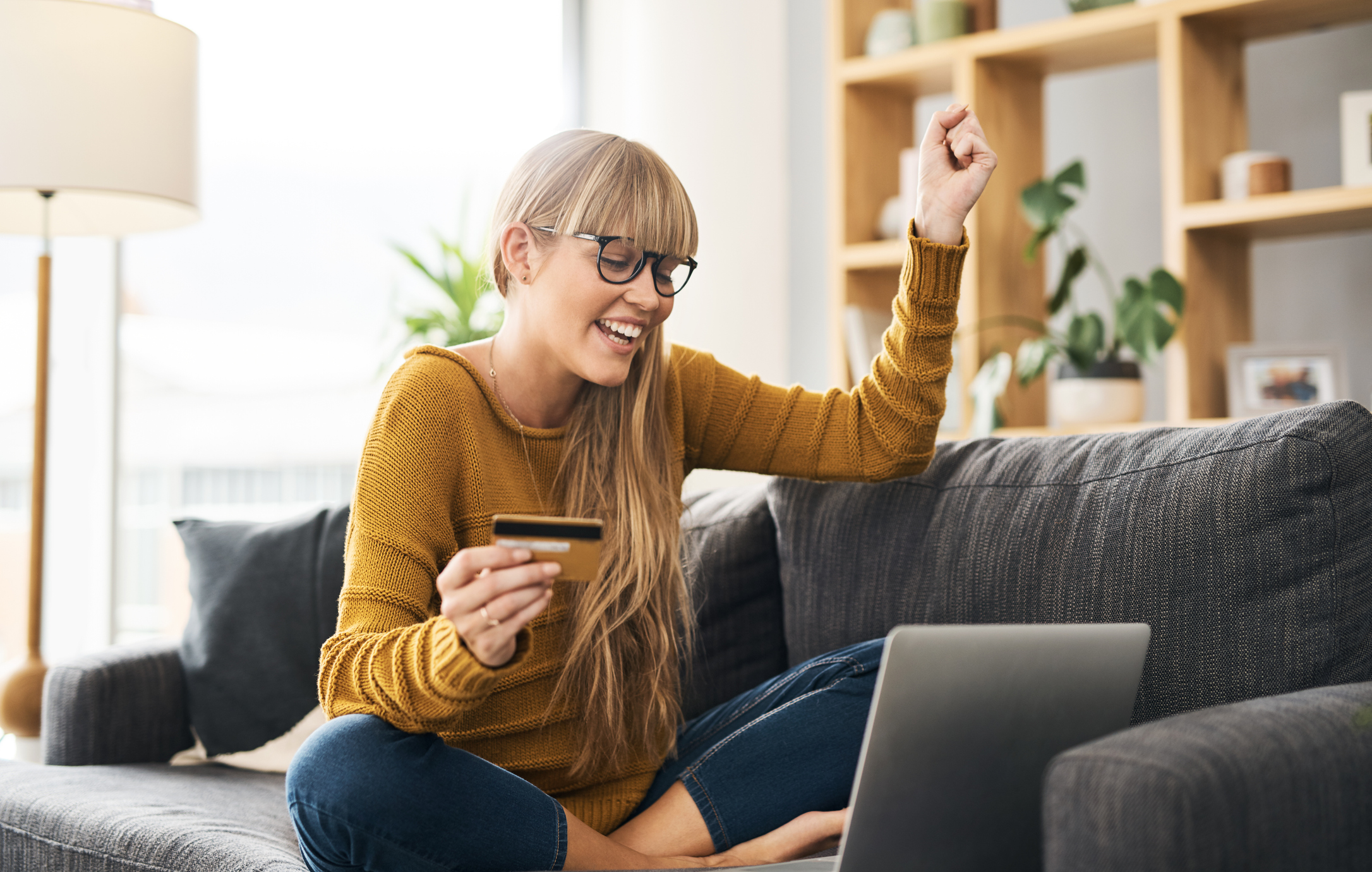 How Do Credit Cards Work?