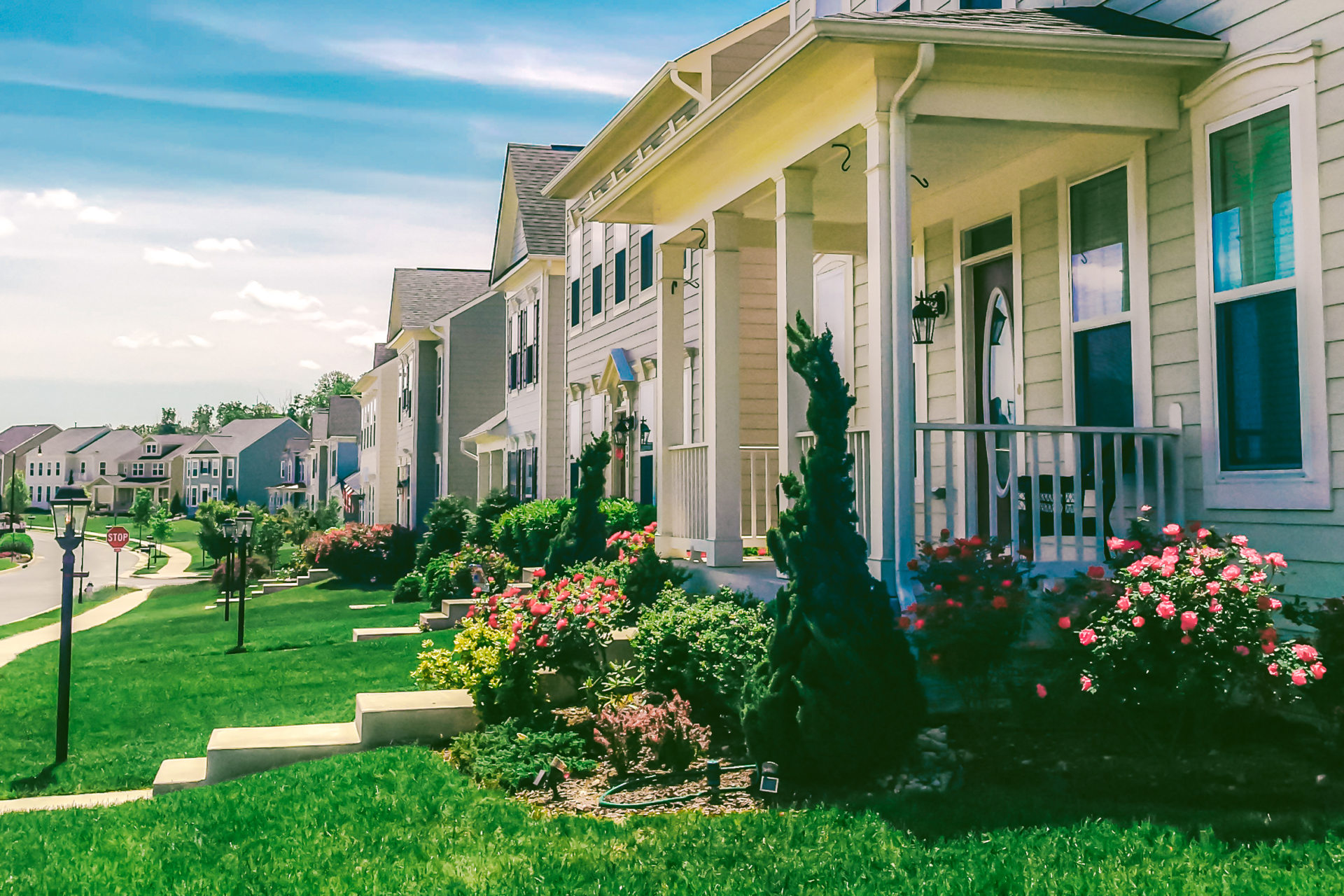 Our 2020 Hope for Homeownership Report dives into these questions to better understand the priorities of Americans today and the struggles they face in attaining the dream of homeownership.

Homeownership is Still Part of the American Dream for Millennials

Throughout much of the 20th century, homeownership was seen as part of the American Dream, along with 2.5 kids and a dog. But with heightened ﬁnancial strains and shifting cultural priorities, does homeownership still ﬁt into this dream?

While this vision of the American Dream remains strong across the country, geographic location has a correlating effect on this vision, where housing costs may play a strong factor. According to U.S. Census data for 2018, the Northeast and West have much higher average sales prices than the Midwest and South. 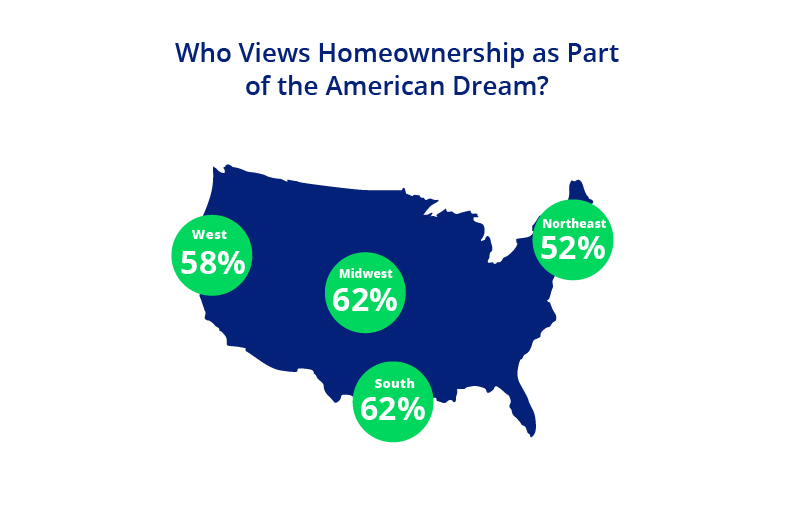 The attainability of this American Dream may be closer than most think, with more than 1 in 5 Americans (22%) planning to purchase a home in the next two years and 2 in 5 (42%) saving for homeownership.

A Forever Home Remains the Goal

Despite the many ﬁnancial obstacles that Americans face, nearly half (49%) say they are planning to buy or have already purchased their “forever home” – the home they plan to live in for the rest of their life.

The average American spent nearly $47,000 on a down payment for their most recent home purchase. Regionally, West Coasters put down 53% more than those living in the Midwest, most likely due to real estate costs.

Americans Fear They Will Never Be Able to Purchase a Home

Despite the desire for homeownership that has endured through generations, the data shows that conﬁdence in being able to achieve this life milestone isn’t as optimistic. While a high percentage of Americans desire a home of their own, 38% of those not planning on purchasing don’t believe they’ll ever be able to buy a home. 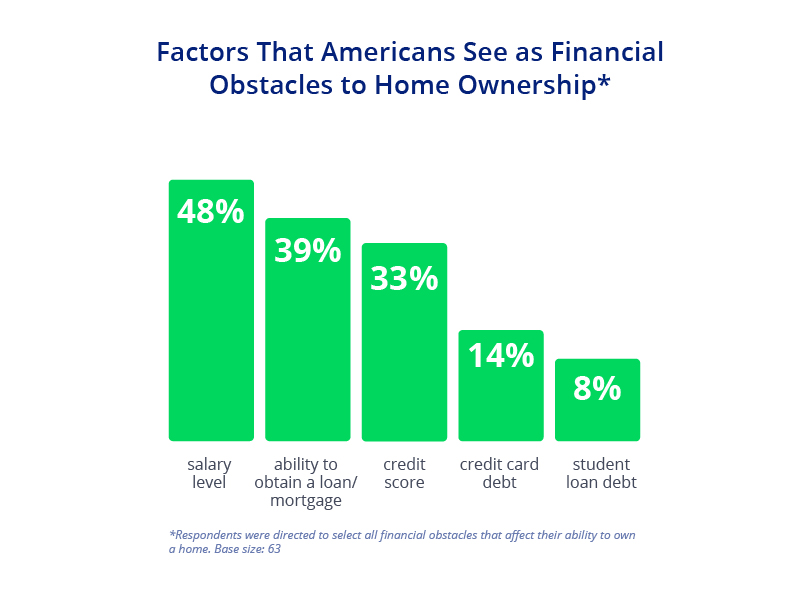 Of Americans who do not plan on ever purchasing a home, nearly 1 in 5 (19%) feel that owning a home is not worth the cost.

Culture is Changing and With It, Home Purchasing Attitudes

One of the key cultural changes we see illustrated through the study is that the milestones of marriage and homeownership are not as strongly tied as they once were. The data notes that more than 7 in 10 non-married Millennials (72%) would purchase a home before marriage, with 38% noting they would purchase a home while in a relationship without being married.

Millennials continue to be the generation that bends the norms as the generation most likely to purchase a home before marriage, however, Gen Xers and Baby Boomers (55+) are not as traditional as expected. 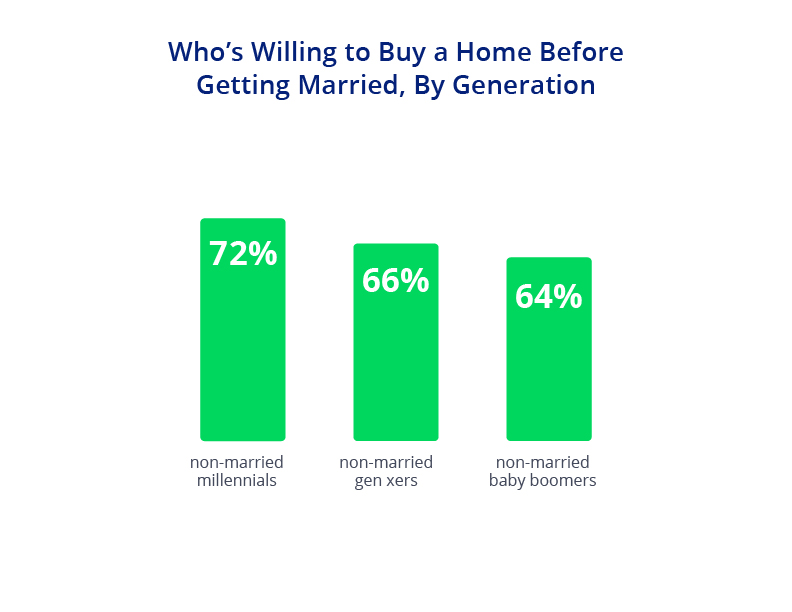 Geographic location may have played a part in attitudes around purchasing with or without a spouse, with nearly twice as many non-married Northeast residents (19%) saying they would not consider purchasing a home until they are married as compared to non-married West residents (10%).

A Closer Look at Millennials and Homeownership

Much has been said about Millennials killing the dream of homeownership through their love of avocado toast and pricey coffees. But despite anecdotal evidence, millennials still want to own homes, with over 46% saying that they have or someday intend to buy a forever home and only 10% saying they don’t plan to ever purchase a home.

Thirty-seven percent of millennials say they plan to buy a home within the next two years. 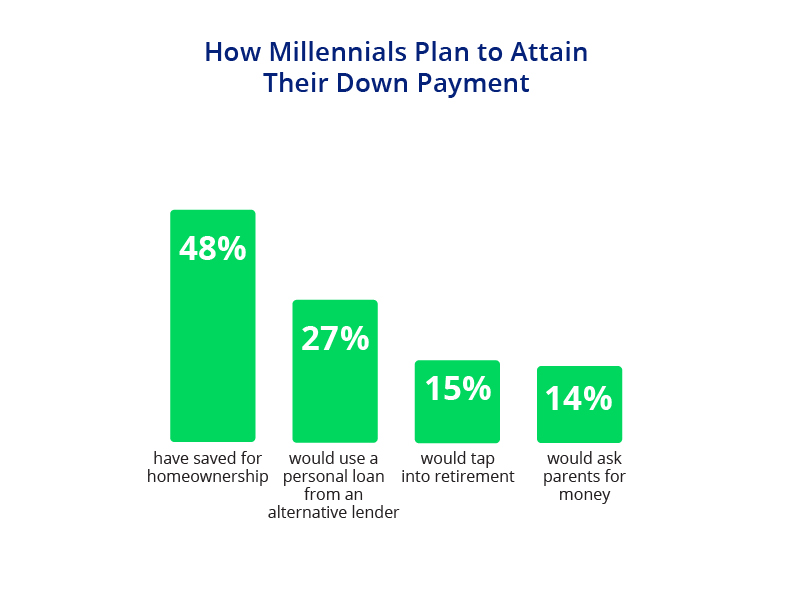 Millennials (27%) are nearly three times as likely to consider personal loans from an alternative lender as a form of down payment than their Baby Boomer (10%) counterparts.

METHODOLOGY
All data, including ﬁgures, statistics, and visual representations in this report, unless otherwise stated, are based on a poll conducted by YouGov Plc, commissioned by MyWalletJoy. Total sample size was 1,277 adults. Fieldwork was undertaken between January 14 – 15, 2020. The survey was carried out online. The ﬁgures have been weighted and are representative of all U.S. adults (aged 18+). 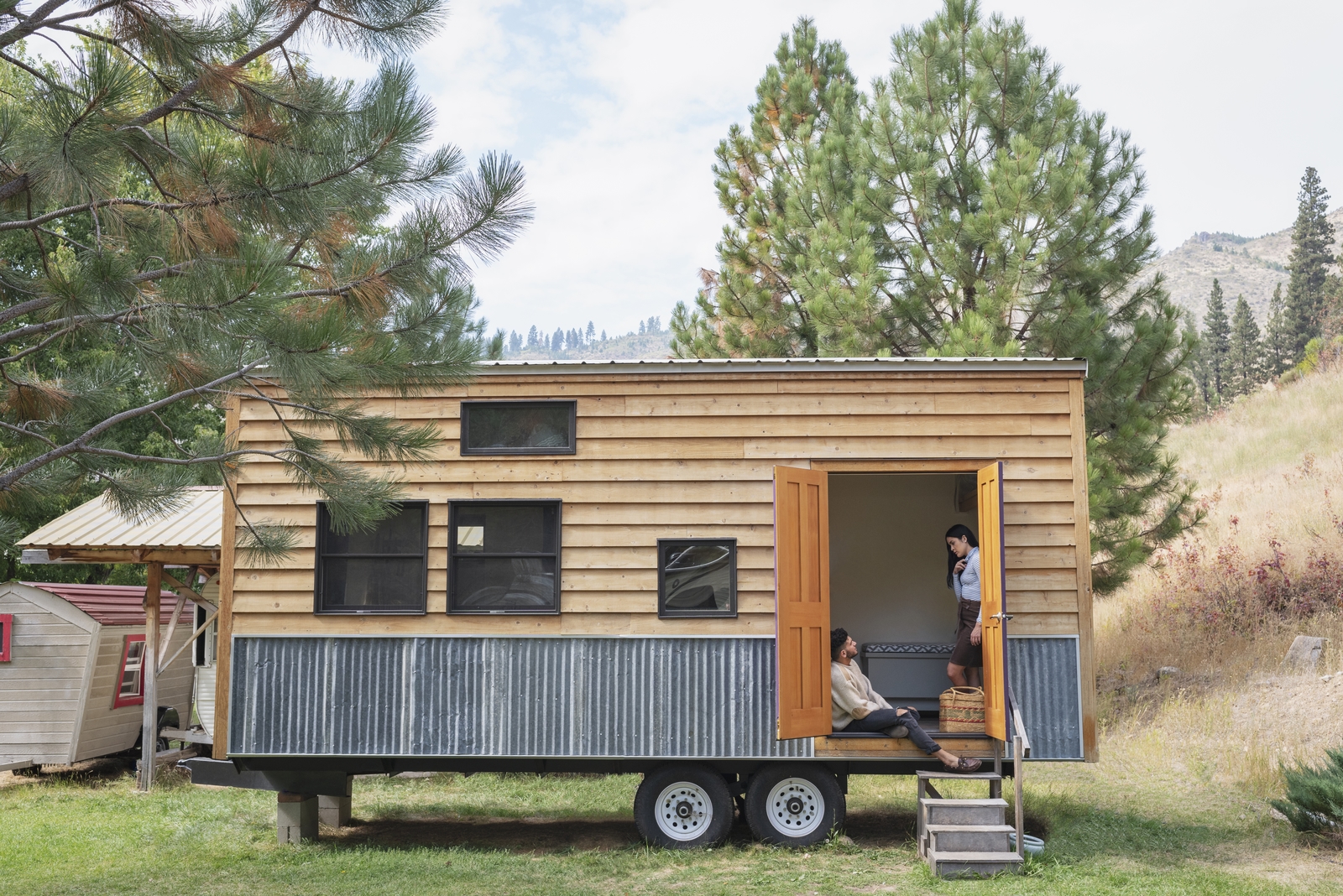 Everything You Want To Know About Buying a Tiny House 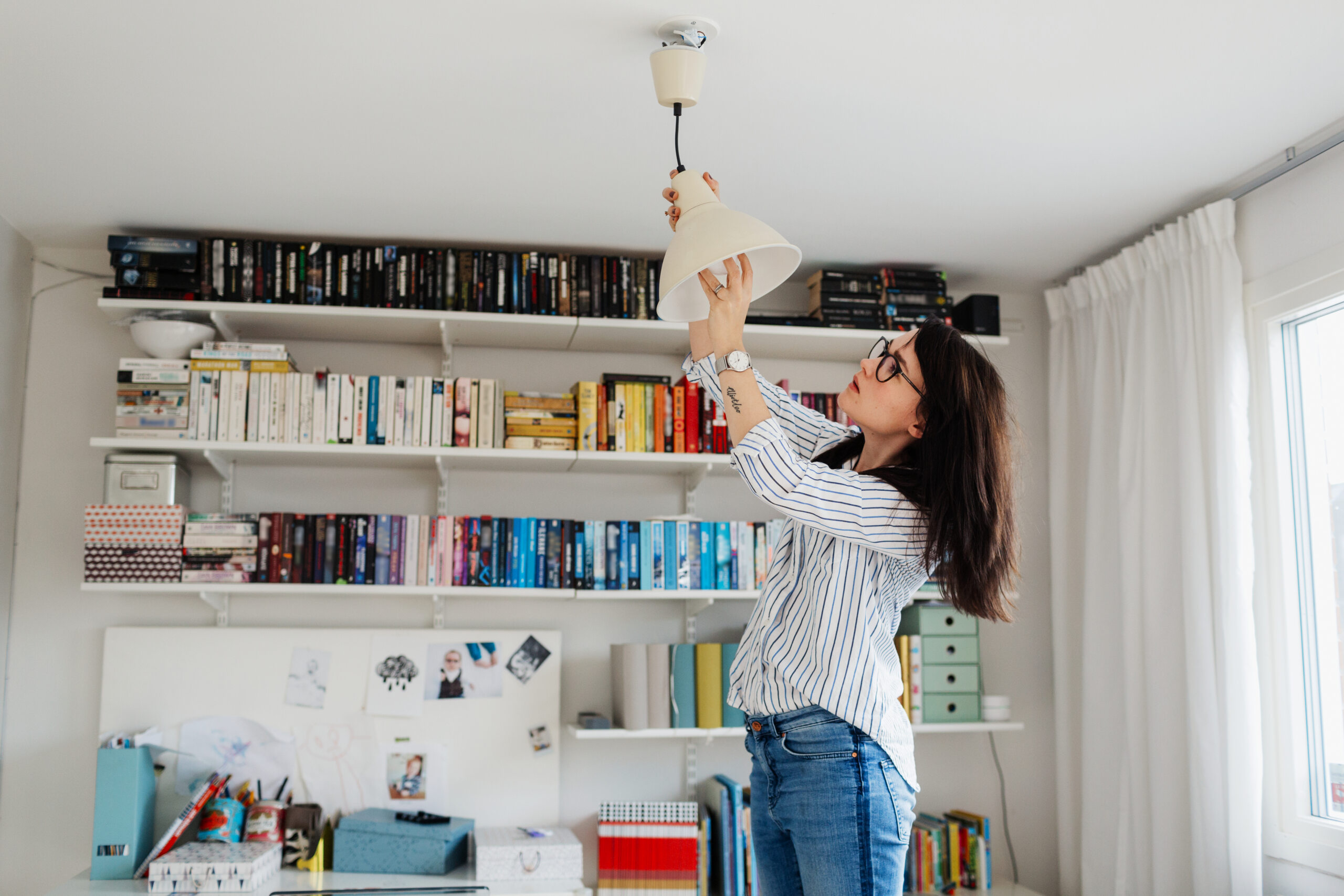 11 Hidden Costs of Buying a Home 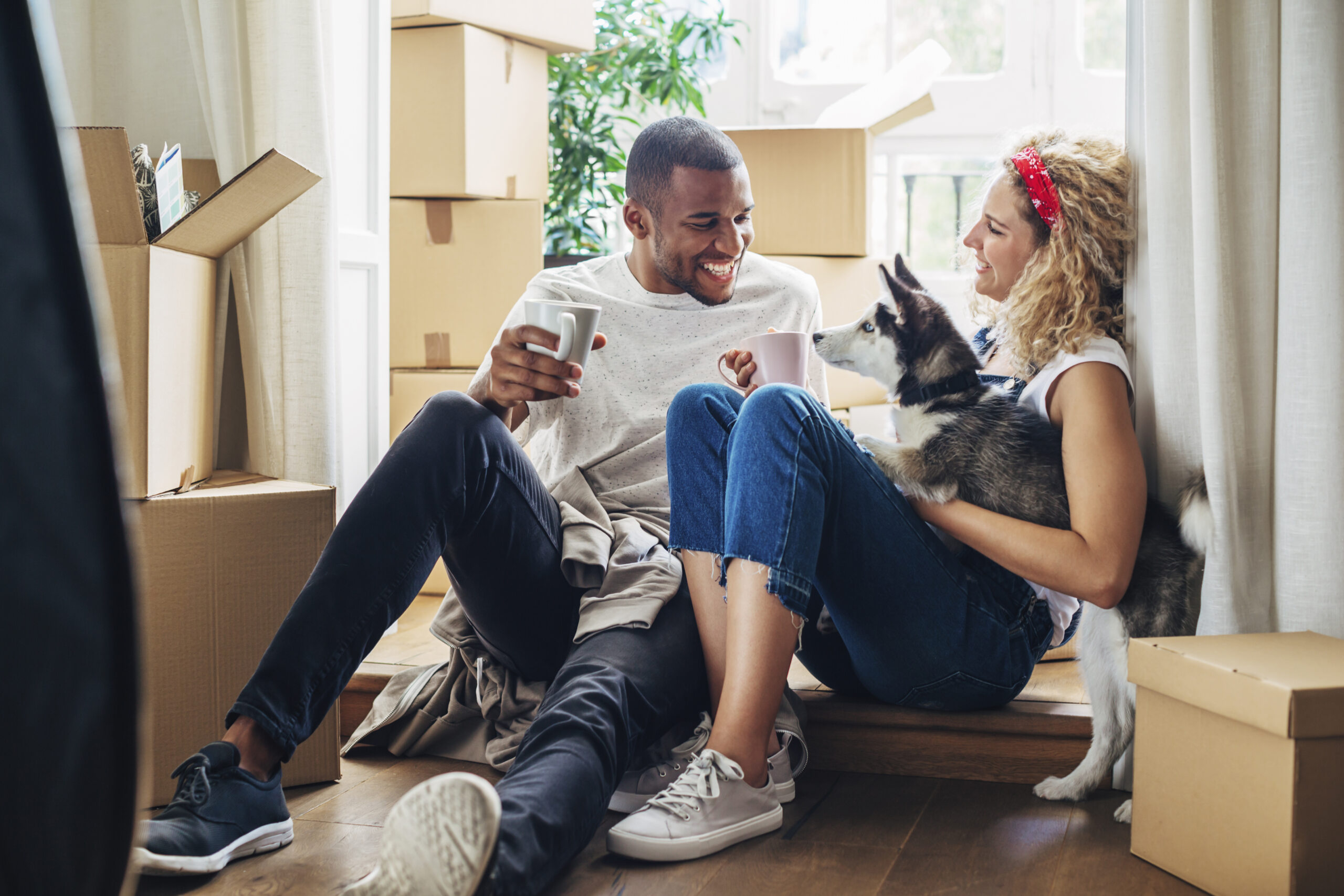 Is It Better To Rent or Buy a Home?