How To Make Money Donating Plasma

In the US, around 10,000 units of plasma are needed daily. As you can see, there’s a huge need for donations.  If you’re short on cash, you may have been doing things like searching “donation for plasma near me.” What’s great about doing this is that you get some extra money, but you also help […] 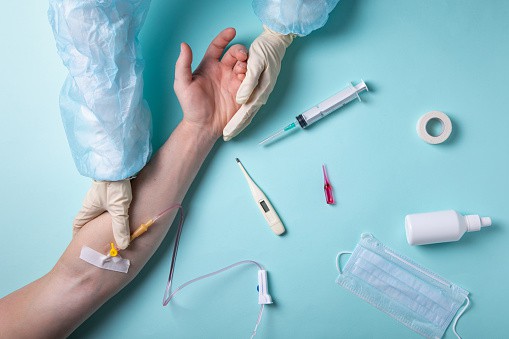 In the US, around 10,000 units of plasma are needed daily. As you can see, there’s a huge need for donations.  If you’re short on cash, you may have been doing things like searching “donation for plasma near me.” What’s great about doing this is that you get some extra money, but you also help save lives.

So are you ready to start donating? Then you’ll want to learn more about this topic.  In this article, we’ll discuss how to make money by donating to plasma donation centers and more.

Donating plasma is a way to make extra money. But what exactly happens during this process?  Read on to find out what you have to go through when you go to donate plasma.

At your first donation appointment, you’ll have to fill out paperwork for registration. So make sure you bring a valid photo ID, such as your driver’s license or passport. If you have an out-of-state ID, then you’ll need to bring some proof of your current residence.

Some centers will also want proof of your Social Security number. You don’t necessarily have to bring your card; you can bring a W-2 form or even your paystub, so long as it has your full legal name and SSN.

Go Through Your Medical History

For you to qualify for plasma donation, the staff needs to make sure you’re in good health and won’t put patients at risk. They’ll ask you about your medical history. Plus, they’ll run some tests for things like hepatitis and HIV.

The center will also test your blood for its hemoglobin and protein level to make sure you’ll be ok for the process.

If the staff deems you eligible for donation, then you’ll move on with the process. If you’ve given blood before, then you’ll be familiar with what you have to do.  The staff will place a needle into your arm, just like with blood donation. However, blood donation takes way less time.

This is because they’ll first draw your blood, then filter out the plasma from it. Once they have the plasma, they’ll reinject the rest of your blood back into your body.

You’ll be glad to know that donating plasma is considered an overall safe procedure. But since the process involves a needle and drawing your blood, some potential side effects can happen.  Some of the more common, less alarming side effects may be dizziness, lightheadedness, fainting, hydration, and fatigue. You may also have some discomfort and bruising at the needle site.  Since you’re piercing the skin, there’s a slight chance you may develop an infection. Make sure you take good care of the injection site and consult with a doctor right away if things don’t seem normal.

Finally, some rare but serious side effects may be a citrate reaction or arterial puncture.  If you ever feel like something’s off, it’s always better to be safe than sorry. Always contact a doctor if you’re concerned.

How to Make Money Donating Plasma

Making money donating plasma certainly isn’t passive income. However, it’s still a relatively low-effort thing to do to get a decent amount of cash.

To make decent money donating plasma, you need to do some research carefully. If you’re going to be spending time (and some of your health) donating, you need to make sure you’re getting the maximum amount of cash you can.

So the million-dollar question is, how much money do you get for donating plasma?

In general, you can expect to get anywhere between $20 to $50 each time you donate. The amount of money you’re paid will depend on the volume of plasma you’re able to give.

Here’s a guideline to the tiers of payment based on weight:

If you weigh more, then you should be able to donate more plasma. As a result, you’ll be able to yield more cash out of your donations.

Also, you might be able to take advantage of some promotions. To encourage people to donate more often, companies will often offer incentives. For instance, they might give you an extra $5 for your first donation or give you extra cash if you’re of a special blood type or have a certain antibody.

If you don’t have an emergency fund, then donating plasma every once in a while, can help to build up one.

Maybe you still have some questions, even after reading all the above. Not to worry, as we’ve compiled some of the most frequently asked questions for you.

What Are the Qualifications to Donate Plasma?

In general, you need to be over the age of 18 and under 70 to donate plasma. In addition, you must be at least 110 pounds; this is to ensure you can physically withstand the process.

Of course, these are just general eligibilities. In many states (and even counties), they have their own laws on plasma donation. For instance, in the state of Nebraska, you need to be 17 or older to donate. Or you can be 16 with written consent from your parents.

Plus, the requirements will also depend on which company you donate plasma to. They’ll have slightly varying ranges for both age and weight, so make sure you check these requirements before you show up to donate.  As a rule of thumb, qualifications for donating plasma are about the same as for donating blood. If you’re able to donate blood, then you should be able to donate plasma.

However, say you’ve gotten tattoos or piercings in the last year. In this case, it’d disqualify you from being a donor.  As you can see, many things may make you ineligible to donate. So make sure you read the qualifications carefully for whichever company you choose.

How Long Does the Process Take?

For your first donation, it’ll take longer; plan for it to take around 2 hours. This is because there’s lots of administrative work to go through. For example, you’ll have to fill out a bunch of paperwork about your health and sign waivers.

After this initial appointment, all other ones should be relatively shorter. They should take around 1.5 hours.

How Often Can You Donate Blood Plasma?

Just like the qualifications will vary depending on where you donate your plasma, the frequency will differ from place to place as well. For example, the Red Cross will allow you to donate every 28 days for up to 13 times a year. So in theory, you can earn over $600 a year if you donate more.

Now that you feel confident in your knowledge about donating plasma, maybe you feel like the next step is to donate! But where exactly should you go to yield the most cash for your time and plasma?

You might want to search “highest paying plasma donation center near me.” But before you do that, read on. We’ll show you where some centers to make money donating plasma are.

KEDPLASMA was established in 2004 and 18 centers in the United States. You’ll find their centers in Alabama, Georgia, Louisiana, Mississippi, North Carolina, South Carolina, Ohio, Nebraska, and Florida. They’re a subsidiary of Kedrion Biopharma.

After that, the payment schedule is as follows:

This company was established in 2003 and is based in Los Angeles, CA. They have 147 plasma donation centers spread across the whole country, from California and Nevada to Florida.  You can earn any from $40 to $75 per donation. The amount will depend on the exact location you go to. It’ll also depend on any promotions they’re holding, such as referral programs and even raffles.

This company will pay you with prepaid Visa debit cards.

This company first opened its doors in 1995. They have over 50 plasma donation centers in the states of Arizona, Arkansas, Colorado, Florida, Illinois, Kentucky, Maine, Missouri, New Mexico, North Carolina, Ohio, Oklahoma, and Texas.

With this plasma donation company, you’ll earn a flat $50 per donation, with a cap of $400 per month. However, they also offer plenty of promotions, so you’ll want to keep an eye out on their Facebook page for any announcements. For example, they’ve had bonuses where you get an extra $15 on your 6th donation or for referring a friend.

Like with the other companies on this list, BPL Plasma LLC will pay you with a prepaid debit card.

Ever since 1949, this company’s been serving the American public with their blood bank services. Today, they have 10 whole blood centers and 26 plasmapheresis centers. In addition, they have their own lab where they provide blood and plasma to various other industries.

This company has locations in the states of Illinois, Indiana, Maryland, Kentucky, Michigan, Mississippi, North Carolina, Missouri, Ohio, Tennessee, Texas, Pennsylvania, Wisconsin, and Florida.  When you donate with Interstate Blood Bank, you’ll get anywhere between $30 to $50 for your first 2 appointments. After that, your pay will depend on how much you weigh.

They’ll pay you with the exclusive prepaid debit card from Paysign.

CSL Plasma has been around ever since 1998 and is a subsidiary of CSL Behring, which is a global company. In the entire world, they have over 270 plasma donation centers. You can find them in the US in numerous states, such as California, Arizona, Colorado, Washington, New York, Pennsylvania, Rhode Island, and Maine.

CSL Plasma will pay you anywhere between $20 to $45 per donation, every single time. The amount will depend on your weight.  Like with many other companies, this one will offer many promotions, as well as rewards. So you’ll want to keep your eyes peeled to take advantage of them.

As like with the other donation centers, CSL Plasma will pay you with a prepaid debit card.

Whether you’re strapped for cash or just want to earn some extra money, giving to plasma donation centers is an excellent idea. Not only do you get to pad your bank account, but you also get to contribute to a good cause.

Now that you know all about how to donate plasma for money and where to do so, what are you waiting for? Get to calling around to make your first appointment. Don’t just change your life; change countless others’ too! 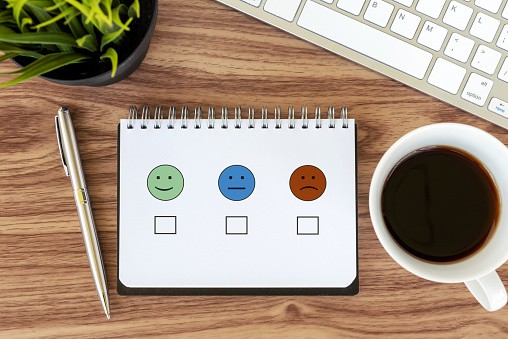 What Are The Top Surveys For Money? 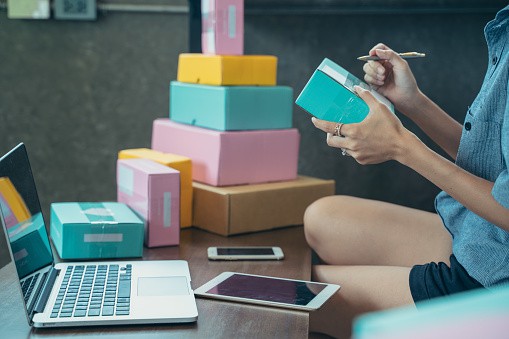 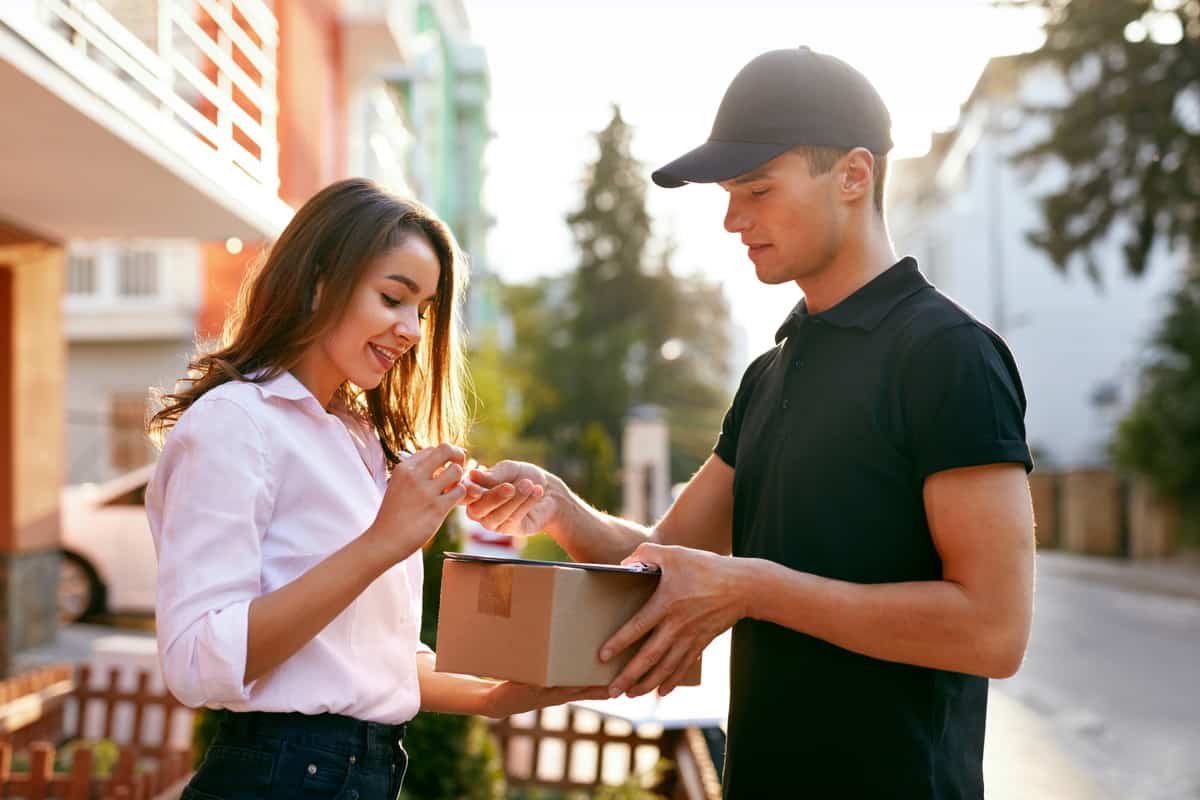 How to Become An Amazon Delivery Driver