How to Watch Cable TV Free and Legally

The average spending on cable TV among subscribers was around $107 per month in 2018. That’s 30% more than the average cost per month of $75 in 2010. Streaming providers are working hard to capitalize on consumer dissatisfaction over these price increases, pointing out that their services are more cost-effective and offer more on-demand options […] 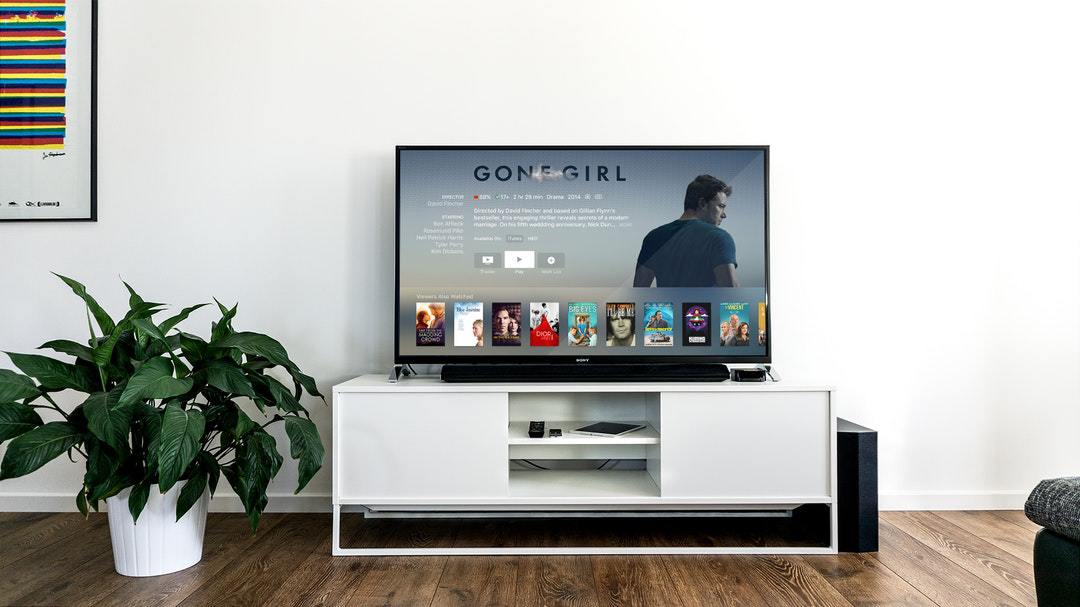 Streaming providers are working hard to capitalize on consumer dissatisfaction over these price increases, pointing out that their services are more cost-effective and offer more on-demand options than cable packages.

If you have trouble fitting cable into your budget, why not save on your cable costs by eliminating it? Not paying for cable TV and still watching your favorite networks and shows sounds like a fantasy, but it’s possible with a few alternatives.

If you’re ready to cut the cord with your cable provider and discover how to get free cable, keep reading.

Saving money is more important than ever for those of us whose employment is affected by COVID-19. No one knows what the overall economic effect of the virus will be, so it’s essential to cut costs, however possible. Saving money is hard to do when carrier costs keep rising.

You may assume that the cost of cable TV is going down due to the rise in competition from streaming services, but that isn’t the reality.

If you’re still paying for cable, you probably noticed that your prices went up over the last year or two. Here is a price increase breakdown from some of the top cable providers.

While its basic plan cost didn’t rise this year, all other AT&T U-verse subscriptions did from $3 to $7 per month. In addition to these fee increases, subscribers saw an umbrella broadcast surcharge fee of $2 per month. These price changes took effect on January 19, 2020, and were attributed to a rise in over-the-air (OTA) programming costs.

Citing the same rising programming costs, Comcast also raised its prices in January of 2019. Fees rose $2 per month across the board, including its modem rental fee—although customers aren’t required to rent and can purchase their own modems.

AT&T owns DirecTV, so it also announced cost increases in line with the AT&T U-verse plans. While the basic subscription fee only increased by $1, other plan fees raised between $3 and $8 per month.

The price of DISH’s basic “Welcome Pack” rose significantly in 2019 from $22.99 to $29.99 per month. Other, more expensive packages followed suit. DISH has a reputation for continually changing prices, which has understandably upset customers.

How to Get Free Cable the Legal Way

If you’re ready to explore your options and learn how to get free cable TV, try streaming online or buying an HD antenna. Let’s break down the benefits of each so you can choose wisely.

Here are a few common streaming devices you can choose from.

The Roku Streaming Stick is an affordable, easy-to-use streaming device that’s compatible with almost all TV sets. The price ranges from $40 to $100, depending on the model you choose and data usage.

With Roku, you can download network apps and stream those. Most significant networks upload recently-aired shows to watch for free, so you won’t have to worry about missing your favorite shows.

If you’re an Amazon Prime subscriber, it’s a no-brainer that the Amazon Fire TV Stick is an excellent choice for you. It’s popular because it’s affordable, with a modest price tag of around $40. It’s also easy to use and adapts to most TV models. To use the Fire Stick, all you do is plug it into your television’s HDMI port.

The NVIDIA Shield TV is lesser-known and pricier at $165, but if the quality is essential to you, you’ll like this option. It supports 4K HDR and is geared towards PC gamers.

The Shield TV is compatible with Android software and works well with all major streaming applications.

Another pricey option is the Apple TV 4K—but it offers extraordinary 4K streaming. If you’re an Apple user, you’ll also appreciate the ability to mirror your iPhone on your TV.

Apple TV supports a wide range of applications and can be tweaked to fit your needs. With an Apple TV, you can access premium channels such as HBO, HGTV, and Disney+.

With a price tag of $35, the Google Chromecast seems like a steal. However, you can only control one from your phone or tablet. This caveat is enough to turn many people away, but if you don’t have a smart TV and want to stream from your phone to your TV, it’s a good option.

Streaming devices are nice, but you must ensure you have fast Internet service before you go this route.

If you’re eliminating cable and streaming over the Internet, you’ll need a connection upwards of 30mbps. Slow speeds will cause buffering and less than clear signals. Once you have weighed all of your Internet access options, then you can decide on the device you want.

Another way to answer the question of how to get cable for free is to sign up for streaming services and access them via the Internet instead of through a device.

Prices for streaming services vary from $5.99 to $12.99 and up, depending on the package you choose. These services offer hundreds of thousands of original titles, and most offer the option to stream live tv.

These prices make it more expensive than its primary competitors Amazon Prime and Hulu. However, many people are willing to fork up the money for popular Netflix originals such as Orange Is The New Black, Stranger Things, and Black Mirror.

Hulu is another popular option and continues to gain on Netflix while releasing their original shows. It is also more likely to have talk shows, news cable channels—such as FOX, NBC, ABC, and CBS—and media channels.

There is now an option to stream live TV with Hulu, making it a solid contender in the streaming service space.

If you’re an Amazon Prime member, then this streaming service should not be ignored.  Prime members have access to Amazon Prime Video movies and shows—including some created by Amazon—plus other free content.

There are also lesser-known options, such as Crackle, that offer exclusive access to movies and shows from big entertainment companies such as Sony Pictures. Access resources like TV.com to learn where and when your favorite shows are airing.

Use an HDTV Antenna

If you’re not super interested in streaming technology, you can opt for an HD antenna instead. If you live in a major metropolitan area, you can receive up to 100 channels using an HD antenna.

These antennas are a popular option for people who want to skip paying for a cable subscription, but still, watch major network and local channels. You’ll pay no monthly fees when using an HD antenna, and you can choose from directional or omnidirectional versions.

Directional antennas radiate higher power in one direction, which allows for increased performances and reduced interference from outside sources. With a directional antenna, you can set them up to work with multiple TVs and can access over 40 TV channels on average.

You can find several directional antenna options that are less than $50, so they’re well worth the price if you want a simple solution.

Omnidirectional antennas radiate powerful signals in all directions—making them a smart choice if you’re not sure where your TV signal is coming from. They are a bit pricier than directional antennas, but if you live in an area with difficult reception—such as an apartment—you may want to consider purchasing one.

You can set an omnidirectional antenna up on your roof or apartment balcony and also get an average of 40 channels, depending on your location.

You’ll need to choose between an indoor and outdoor antenna, depending on your housing situation. Here’s how you decide what will work best for you.

With an indoor antenna, you’ll get basic cable (that you’d typically pay around $30 per month for). Most indoor antennas work by plugging them into the back of your TV. The simplicity of the indoor antennas makes them ideal for those who are just hoping to access primary channels for free.

Outdoor antennas are much more reliable than indoor antennas. They’re typically installed on rooftops or balconies and are powerful enough to emit signals to multiple TVs within your household. Installation is still simple but requires a little more effort than installation for an indoor antenna.

You Don’t Have to Give Up Your DVR

Maybe you’re skeptical about giving up cable because you record your favorite shows and programs to watch later. Don’t fret; you’ll still have options even after disconnecting from your cable provider.

To record your free cable TV, all you need is USB storage and a DVR. However, note that buying a converter box isn’t necessary if your existing TV has a built-in ATSC tuner.

Here are a few options.

This converter box allows you to playback recorded movies, TV shows, videos, and music from your USB storage device. It’s also an affordable option at less than $50 from most retailers.

This converter box has a Full HD-HDMI output that supports 1080p video output. You can receive HD and Full HD channels when you use an antenna. Its features also boast automatic and manual search functions, the ability to create a favorite channels list, and receive enhanced program information. Bonus: you’ll also have the option to introduce parental controls with this box.

You’ll need a flash drive because it acts as a storage device. This one is a good option with plenty of storage, so you can save your favorite shows and programs to watch later.

Time to Cut the Cord

If you’re tired of wasting money on cable TV and know you know how to get free cable legally, what’s stopping you? It’s time to cut the cord with your cable TV provider.

Getting free cable TV is not just a fantasy, and it’s well within your reach. With all of the options available to you now—from HD antennas to streaming services—there’s no better time to cut the cord. Each of the choices we’ve presented is favorable over giving away more money each month to a cable company that can’t keep up with their competition.

We offer a one-stop destination for savings through relationships with service providers across several industries. We strive to be your financial resource center, with information on how to save on insurance, home services, loans, and more. Use our services to research, compare, and get tips to lower your monthly bills—free of charge! Interested in learning more about saving? Check out our personal finance blog for helpful tips and tricks! 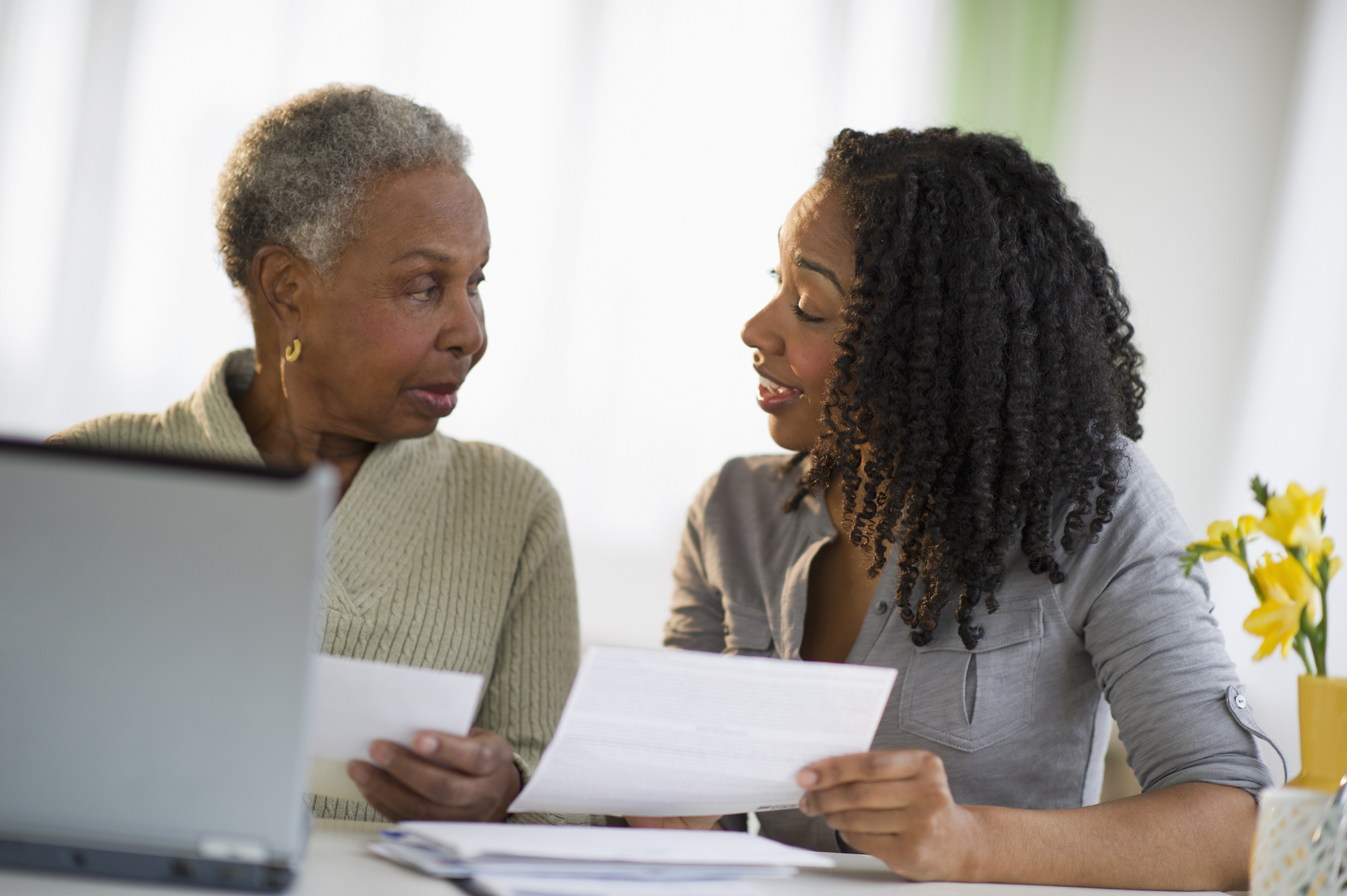 Monthly Budget: Get to Know Your Spending 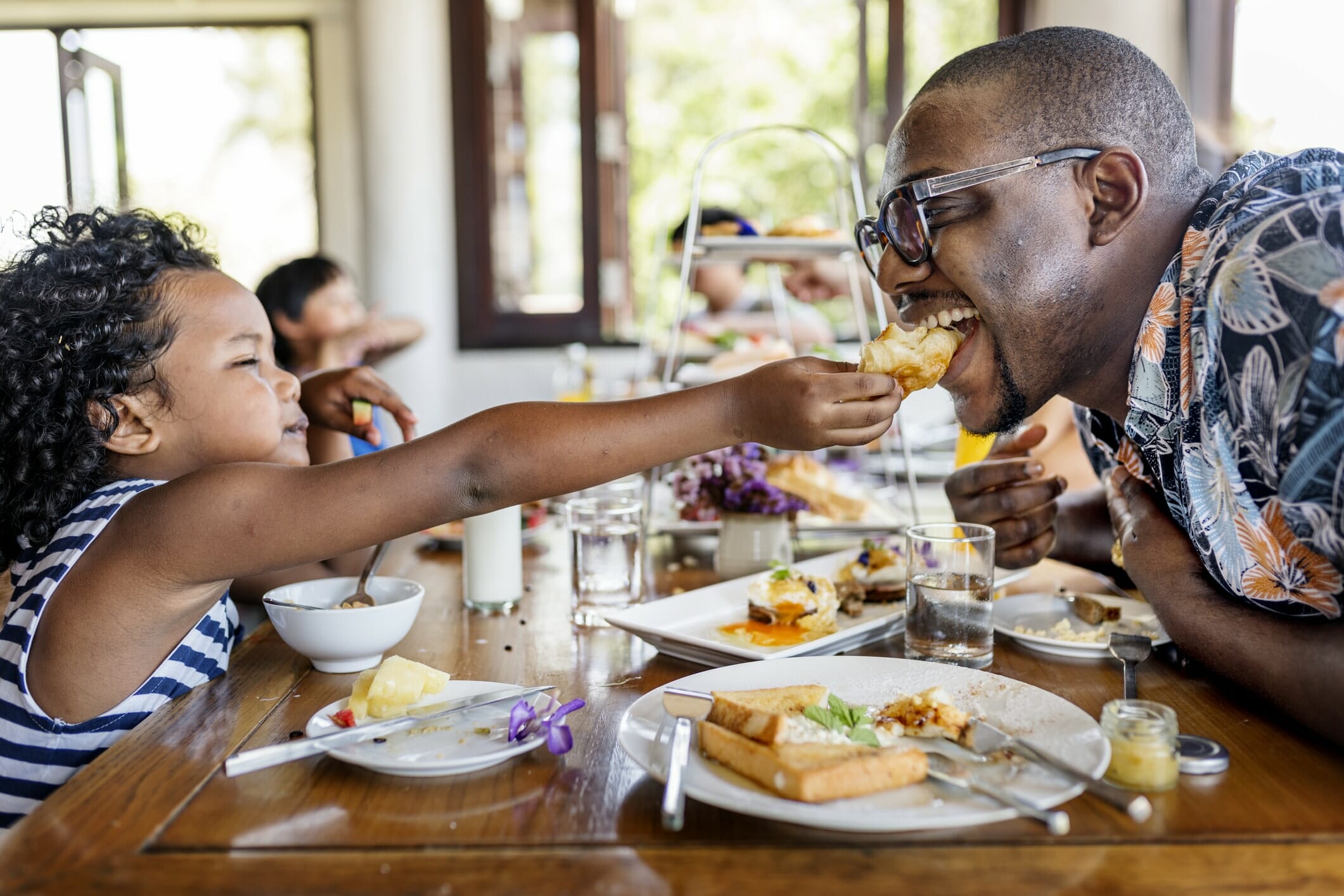 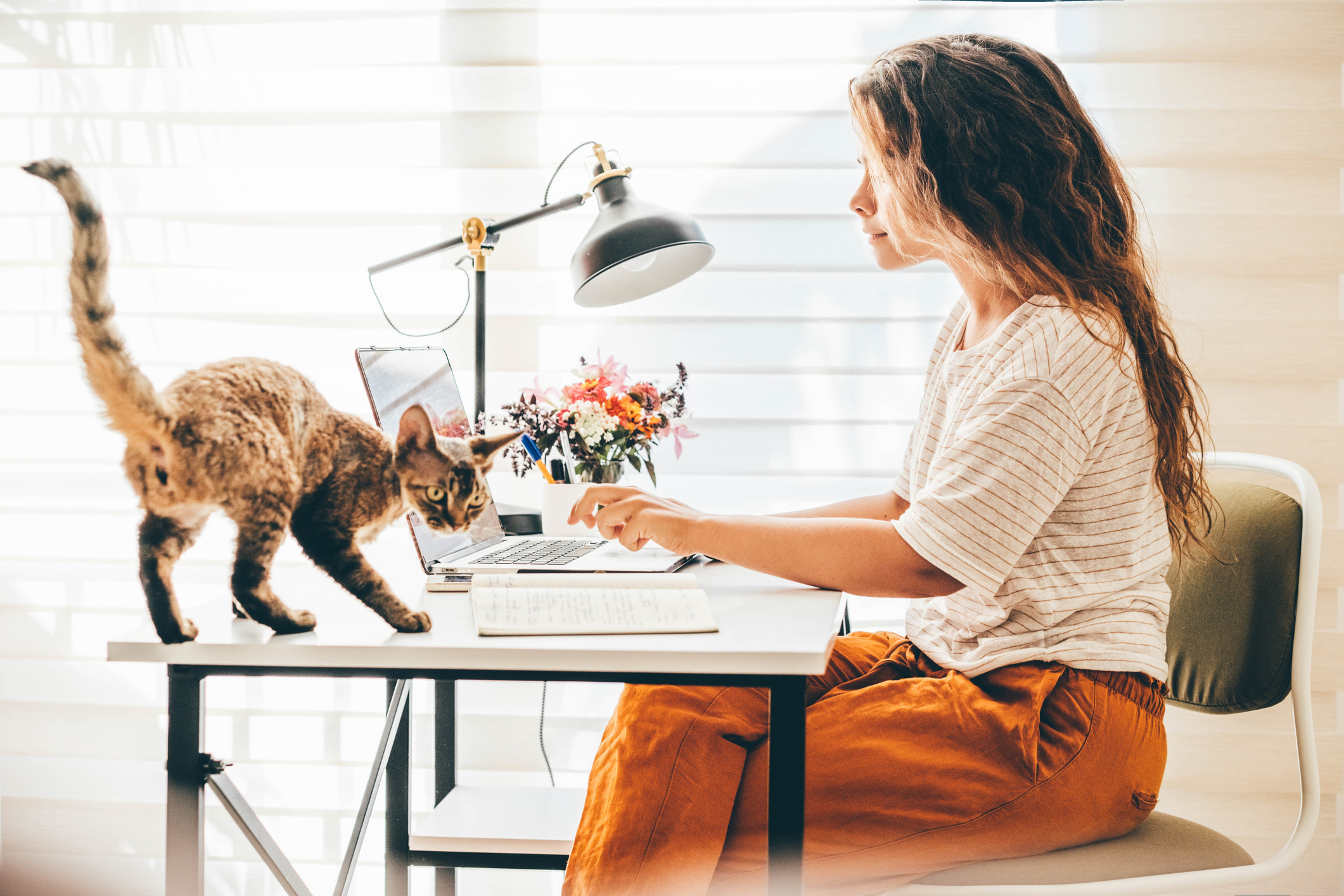 Furnish Your First Apartment on a Budget